Statistics show opioid accounts for two out of three overdose deaths. But not only opioids – benzodiazepine prescriptions attract similar concerns.

While these prescription drugs bring some desired relief to patients, the adverse effects are often as serious as the initial health challenges.

Overdose of such medications, commonly used for insomnia, depression, anxiety, and related mental conditions, accounts for thousands of fatalities yearly. In response, medical experts and patients have been seeking alternative ways to handle these common conditions without creating more complications. Enter the controversial cannabis plant.

Hemp contains highly potent properties which ongoing research indicates may offer gentle relief. This is because cannabis-based chemicals interact with some of the same neuron functions in the brain as opioids and benzodiazepines do (GABA receptors).

Benzodiazepine is a drug class for synthetic prescription drugs, including:

These pharmaceutical prescriptions are typically recommended for the treatment of:

Ideally, benzodiazepines should be used short-term when used as needed for acute conditions like anxiety attacks.

But, as with opioids, these prescriptions are unfortunately abused or used repeatedly due to drug dependence, leading to addiction and unwanted side effects.

Benzodiazepines can be relatively safe when taken independently. However, taken alongside other drugs that depress the central nervous system – like opioids and alcohol, they can lead to overdose or even death. Heart rate, respiration, and other critical functions are all considerations when dosing them. Side effects can be concerning – both minor and severe. Minor side effects may include fatigue, poor balance, gastrointestinal issues, low concentration and memory, confusion, and dizziness.

Benzodiazepines bind with a network of brain receptors responsible for the production and use of GABA (gamma-aminobutyric acid). GABA is an amino acid that inhibits the normal transmission of impulses within the central nervous system.

Abnormal functioning of the GABA network of receptors may result in some neurological and psychological anomalies, including epilepsy, insomnia, panic, and anxiety.

These findings hint psychoses like schizophrenia might have links with GABA deficiency. While GABA’s network spreads across many parts of the brain, they are most abundant in the amygdala, hippocampus, prefrontal cortex – areas connected with handling cognition, emotions, and coordination.

Just as benzodiazepines bind to the GABA receptors to increase their inhibitory activity, so does cannabidiol.

In fact, GABA’s interaction with the body’s endocannabinoid system (ECS) widely explains how cannabis products may be a more natural and safer alternative to benzodiazepines for conditions these conventional drugs are prescribed.

What Is the Link Between The GABA Receptors and CBD Oil?

The human body features a network of receptors founds in tissues and organs around the body. This system – called the Endocannabinoid System – binds with cannabinoids, both internally occurring (called endocannabinoids) and the externally produced, sourced from cannabis and spices.

Among these receptors is CB1, mainly found in the brain, primarily in the prefrontal cortex, amygdala, and hippocampus. Interestingly, these same areas feature significant amounts of GABA receptors.

Since cannabis compounds such as cannabidiol (CBD) interact with the same receptors as anandamide does, these extracts may  boost the release of GABA. The resultant effect is an enhanced feeling of relaxation and calm.

Oversimplified, CBD acts as an all natural compound, but with a better adverse effect profile in most people.

Extensive use of benzodiazepines can ultimately lead to addiction, and an attempt to stop usage may cause uncomfortable withdrawal symptoms.

In conclusion, studies on CBD open the possibility to many different alternative therapies.

Ongoing and future research shows promise for what could be a viable alternative to many therapies available today.

Regardless of dosage form, hemp interacts with GABA’s receptors similarly to benzodiazepines and could offer benefits depending on what is recommended by your physician. 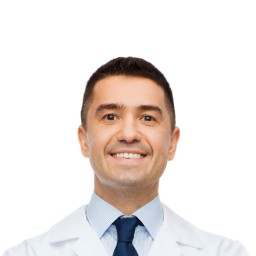